“Due for release in early 2016, United States of Japan is hailed as the spiritual sequel to Philip K. Dick’s The Man in the High Castle, and is set in a gripping alternate history where the Japanese empire rules over America with huge robots. Is resistance possible in the form of subversive video games?” 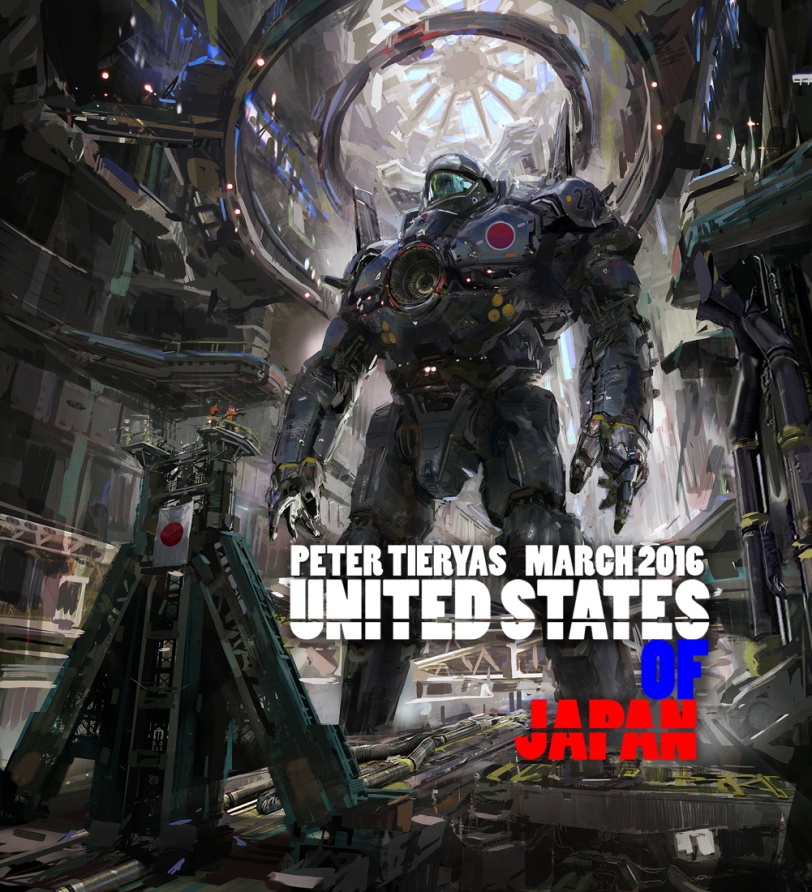 Bald New World (Perfect Edge Books, June 2014), listed as one of Buzzfeed’s 15 Highly Anticipated Books of 2014 and Publishers Weekly Best Science Fiction Books of Summer 2014, as well as being longlisted for the Folio Prize. 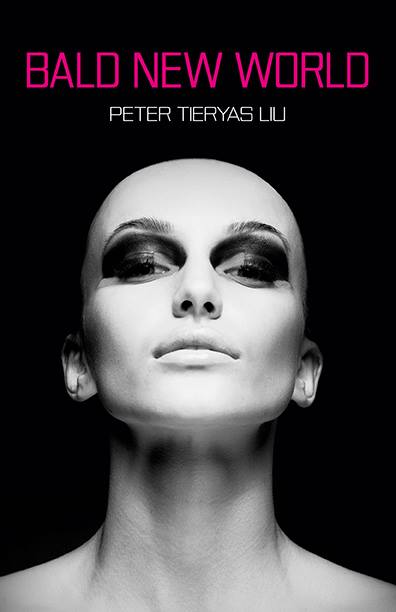 What if everyone in the world lost their hair?

In Bald New World, that very event happens and overnight, religion, politics, and fashion undergo dramatic shifts. Nick Guan and his friend Larry Chao are a pair of eccentric filmmakers who choose to explore the existential angst of their balding world through cinema. Larry is heir to one of the most lucrative wig companies in the world. Nick is a man who’s trying to make sense of the tatters of his American dream. Taking place throughout China and America, the pair set off on a series of misadventures involving North Korean spies, veterans of an African War, and digital cricket fighters. Their journey leads them to discover some of the darkest secrets behind wig-making and hair in a hairless world.

Yahoo!: “Already tipped for further success in 2014 as one of Buzzfeed’s 15 Highly Anticipated Books From (Mostly) Small Presses, and highlighted by Kollaboration in March as one of three Asian American authors on the rise, Peter Tieryas Liu’s debut novel “Bald New World” deals with a global epidemic of follicular proportions. When Baldification hits the planet, the pair find themselves caught up in an sci-fi tinged international conspiracy, turning their penchant for adventure into a series of daring discoveries.”

SF Signal (Hugo Award Winning Science Fiction Journal): “Bald New World has it all: a sci-fi setting that is both probable and mesmerizing, an intriguing plot, an engaging character surrounded by others with complicated motivations, and a powerful voice unafraid to discuss the shallow obsessions that feed our fears.”

Electric Literature (Literary Magazine which the LA Times recently called an “online powerhouse”): “Bald New World is sort of like a Haruki Murakami novel set in a future reminiscent of Neal Stephenson’s Snow Crash… where everyone is bald. At the same time, it’s really nothing like that. The debut novel from Peter Tieryas Liu, this book is a complete original, and always fun to read. It’s a very strange book with a lot of heart, with a strong eye for both character and narrative, and overflowing with great ideas.”

Observation Deck at io9: “Peter Tieryas Liu’s novel, Bald New World builds a dystopian future that is terrifying, clever with a sometimes beautiful exterior that is gritty in its truths. It is captivating in its visuals and storytelling of a world in chaos after everyone loses their hair.”

Bookslut: This book manages to accomplish something extraordinarily rare for a debut novel: it earns Peter Tieryas Liu a spot on the list of must-read dystopian novels and puts him next to writers like Aldous Huxley, George Orwell, Ray Bradbury, and Philip K. Dick. This one will definitely be making the lists as one of the best science fiction novels of the year, and it deserves to be at or near the top of all of them.

HTMLGiant: “Dystopia has been done a lot, but no one has done it quite like Peter Tieryas Liu. I’d like to enthusiastically welcome Bald New World to the must-read dystopian canon. Old Aldous would be proud.”

Forces of Geek: “This story is a tale of Wall-E meets Blade Runner. Tieryas tells the story of earth’s demise masterfully in the shadow of the main story – sinister mechanisms of corporate sabotage and political subterfuge. Bald New World is an entertaining read and a book you definitely want to add to your wish list if you like your science fiction tales believable.“

Fanboy Comics: “It is rare for a book to be capable of eliciting such emotions. Often in books I escape to other worlds and live another life far more interesting than my own. But, it is the rare and noble book that strikes a nerve raw, gets me thinking and lights a fire in my heart and mind.”

Future Fire: “Neon lit, vividly iridescent, yet never feeling heavier than a perfect slice of parfait, this book is one amazing balancing act between gritty drama, astonishing audacity, mesmerising supposition and tenderly observed characterisations. This book feels like a love poem to a very possible, yet ghastly future, with just a smidgeon of hope from a parent to an ugly, ugly child.”

“After my heart gives out and I’m on the operating table for emergency surgery, I will have told my physicians and surgeons to replace my heart with Peter Tieryas Liu’s Bald New World, or any of his books really, because that’s what I think of when I think of Liu’s writing–heart. Similar to the work of Philip K. Dick, this parodic dystopia is steeped in futuristic technology that further bridges the gap between man and machine. Still, whether watching the latest episode of the immensely popular reality show Jesus the General or sparring against an opponent in the blood-sport known as cricket fighting, the humanity of our narrator shines through. Although we humans are capable of doing and creating sad, funny, glorious, devious things, we also persevere and adapt, survive. I wonder what Huxley would think of this, but he’s dead. You’re not, so read this book, feel alive.”
-Jason Jordan, author of Pestilence, editor of decomP

“The boldly imaginative Bald New World follows Nicholas Guan, a military type tasked to digitally touch up scenes of carnage, in his misadventures from Korea to a futuristic California and in his frenzied dash from Gamble Town to China . The novel tells of beautifully flawed characters, the blurring distinction between reality and virtual environments, the comical yet chilling wave of religious fanaticism, and a world battling a strange malady called the Great Baldification, an ingenious symbol of human vanity. Peter Tieryas Liu’s Bald New World is vivid, exhilarating, and wildly entertaining.” –Kristine Ong Muslim, author of We Bury the Landscape and Grim Series 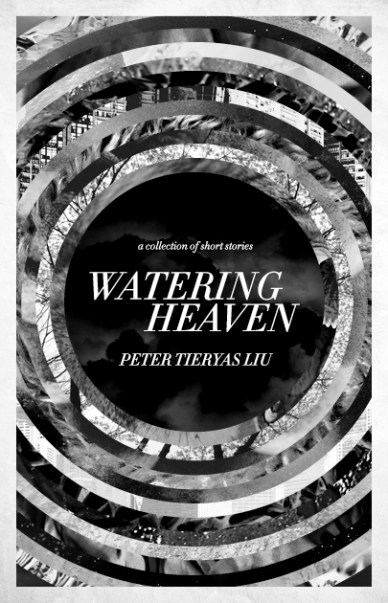 “A surreal menagerie of short stories that sometimes veer into the realm of magic realism. There is something both slightly haunting yet inviting in these tales of love and loss that are both sensitive and intelligent. He’s a writer to look out for.” -Sang Pak, Wait Until Twilight

“This debut collection probes the membrane of modern meaninglessness in consistently passionate and original prose. With its inquiry into love’s very anatomy, Liu’s brave new world comes full-force with a spinning intensity, keeping us on the edge of our postwar, pre-apocalyptic seats. Encore!” -Leza Lowitz, Green Tea To Go

“Expertly attuned to the zeitgeist-the tangle of our social networks, our cubicle culture, the language of science-the brilliant, haunting stories in Watering Heaven are always leading us somewhere deeper yet: that fathomless reservoir of human need and longing.” -Tim Horvath, Understories

“Edgy, clever and memorably innovative, he masterfully treats his panoply of characters.The untainted directness of language as well as his surreal brilliancy reminds one of the very best of Borges, Calvino, Pynchon.Here is an author who singlehandedly breaks the sun in half with sheer novelty and song.” -Leonore Wilson, Western Solstice 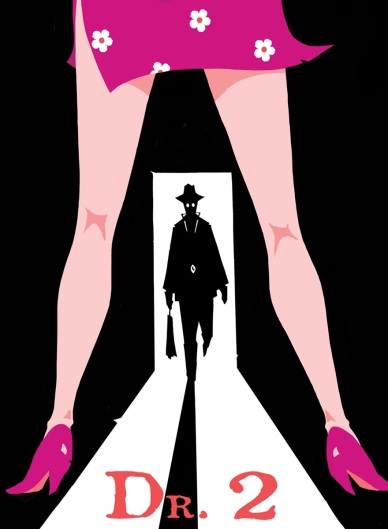 “Brilliant first issue. The characters were so intriguing.” –ComicsVerse

“The setting of Dr. 2, explored through the eyes and the crisp narration by the good doctor, is an eerie depiction of our future that captures the spirit of the 1930s and lends itself to the noir tone as much as the doctor’s fedora.” –Fanboy Comics

“The contrast used in the comic is undoubtedly the best use I’ve seen in an indy comic and reminds me of Samurai Jack fighting the Ninja. It fits with the “shades of grey” sense of morality to get and pays homage to the kind of detective flicks that this reminds me of.” –Indie Comic Reviewer

“Breathtaking illustrations that would leave Frank Miller envious.” -Craig Wallwork, Author of To Die Upon a Kiss

“The artwork of Dr. 2 is completely different to any artwork I’ve seen before… The creepy atmosphere definitely captivated me.” -Music, Books, and Tea

One thought on “Books”