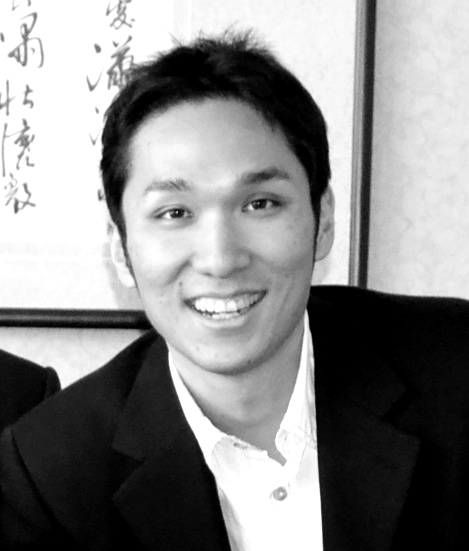 Peter Tieryas is the author of United States of Japan (Angry Robot, Hayakawa 2016) and Bald New World (Perfect Edge Books), which was nominated for the Folio Prize. USJ was a Nikkei bestseller and went to 7th print within the first month of its release in Japan. His books have gotten praise from Buzzfeed, io9 Gizmodo, Kotaku, Kirkus Reviews, Financial Times, Tor.com, Publisher’s Weekly, Popular Mechanics, Esquire, and Yahoo!. His writing has been published in Electric Literature, Evergreen Review, Hobart, Indiana Review, Kyoto Journal, New Letters, and ZYZZYVA. He has also worked as a technical writer for LucasArts, the late gaming division of LucasFilm, as well as being a VFX artist at Sony (Men in Black 3, Guardians of the Galaxy, Alice in Wonderland, Hotel Transylvania) and EA. You can find him at tieryasDOTwordpressDOTcom… as well as traveling the world with his wife.

As for information about this blog, The Whimsy of Creation gets its name from one of my favorite stories that I published at the Evergreen Review. I’ve worked in films, games, and writing, so this blog will focus on all three areas. That means you’ll see book reviews, movie reviews, musings on games, quotes from books I’m reading, links to stories, and photographs Angela (my wife) and I take as we travel to various places in the world. I try to post at least once or twice a day and look forward to interacting with everyone out there. If you need to reach out to me about any business related issues, just ping me somewhere =)

Here’s some of the nice things people have said about my writing:

“Highlighted by Kollaboration in March as one of three Asian American authors on the rise, Tieryas’s debut novel “Bald New World” deals with a global epidemic of follicular proportions.” –Yahoo!

“If you took the world building of Philip K. Dick, and added in the gritty reality and humor of Haruki Murakami, with a touch of Aldous Huxley (of course), you would get Bald New World.” –BuzzFeed

“Bald New World has it all: a sci-fi setting that is both probable and mesmerizing, an intriguing plot, an engaging character surrounded by others with complicated motivations, and a powerful voice unafraid to discuss the shallow obsessions that feed our fears.” –SF Signal

“This book manages to accomplish something extraordinarily rare for a debut: it earns a spot on the list of must-read dystopian novels next to writers like Orwell, Bradbury, and Philip K. Dick.” –Bookslut

“Bald New World builds a dystopian future that is terrifying, clever with a sometimes beautiful exterior that is gritty in its truths. It is captivating in its visuals and storytelling of a world in chaos after everyone loses their hair.” –Observation Deck at io9

“Bald New World is sort of like a Haruki Murakami novel set in a future reminiscent of Neal Stephenson’s Snow Crash… where everyone is bald. At the same time, it’s really nothing like that. The debut novel from Peter Tieryas Liu, this book is a complete original, and always fun to read. It’s a very strange book with a lot of heart, with a strong eye for both character and narrative, and overflowing with great ideas.” —Electric Literature

“Bald New World is gripping and frightening. It is filled with wonderfully speculative and exotic elements. Dystopia has been done a lot, but no one has done it quite like Peter Tieryas.” –HTMLGiant

“It is the rare and noble book that strikes a nerve raw, gets me thinking and lights a fire in my heart and mind.” –Fanboy Comics

“Bald New World is an entertaining read and a book you definitely want to add to your wish list if you like your science fiction tales believable.”  –Forces of Geek

“There is a Vietnamese proverb or maxim that states something along the line that “hair and teeth are the corners of a person’s soul.” Rang va toc la goc con nguoi! In Peter Tieryas Liu’s world, what does the soul of human existence look like when half of such a corner has gone missing or has been demolished or has to be artificially regrown? And what happens when both corners evaporate? Bald New World seems to beg this moral question: What will it take to regrow or manufacture a soul? Tieryas Liu has more than flirted with this senescent, futuristic plague; he has incubated 10 chapters comprising synthetic nefarious characters, filmmakers, researchers, religious fanatics and cricket fighters, and martial-art-efficient chopstick-assassins germinating out of literary concubines, and named such a glabrous world the obvious: Bald New World.” –Fanzine

“If there was ever literary proof that the need for love and validation drives all human actions, then Peter Tieryas Liu’s haunting collection of short stories would provide it.” -Joyce Chen at Hyphen Magazine.

“Some of what Peter Tieryas Liu writes is so disgusting and alarming, it took my breath away.” -Cindy Matthews at Prick of the Spindle.

“In Peter Tieryas Liu’s hands they are nothing short of miraculous as he weaves in elements of the postmodern with magic realism to create an ultra contemporary take on the age old question of love, life and meaning.” -Martyn Coppack at Kafka’s Cage.

“Just like life, the stories in this collection are full of unexpected twists, unpleasant surprises, missed connections, broken hearts, profound questions, and loneliness. However, the prose is so beautiful that even the darkest passages are a pleasure to read.” -Gabino Iglesias at Verbicide Magazine.

“Watering Heaven is brilliant and one of the best collections I’ve recently read.” -Eddy Rathke at Monkeybicycle.

“Watering Heaven by Peter Tieryas Liu simply stunned me with its sheer inventiveness and its celebration of the darkness that sometimes seem to be spreading over the urban landscapes of the world.” -Mel Ulm at The Reading Life

“It isn’t often (at least in my experience) that you find a writer such as Peter Tieryas Liu; a writer who conjures up a world that has a definite sense of reality, but is mixed with a beautiful and bizarre sense of magic and pathos.” -Shane Rooney at Black Heart Magazine.

“Peter Tieryas Liu has a strong voice, and his prose is filled with rich and eccentric imagery.” -KH Vaughan at Hellnotes.

“Expertly attuned to the zeitgeist-the tangle of our social networks, our cubicle culture, the language of science-the brilliant, haunting stories in Watering Heaven are always leading us somewhere deeper yet: that fathomless reservoir of human need and longing.” -Tim Horvath, Understories

“This debut collection probes the membrane of modern meaninglessness in consistently passionate and original prose. With its inquiry into love’s very anatomy, Liu’s brave new world comes full-force with a spinning intensity, keeping us on the edge of our postwar, pre-apocalyptic seats. Encore!” -Leza Lowitz, Green Tea To Go

“A surreal menagerie of short stories that sometimes veer into the realm of magic realism. There is something both slightly haunting yet inviting in these tales of love and loss that are both sensitive and intelligent. He’s a writer to look out for.” -Sang Pak, Wait Until Twilight

I also have twitter accounts for my various works, though they’re older and I originally had a vision of having different content for each, but that didn’t happen for time reasons, haha. I mostly keep them from being completely abandoned by populating them with retweets from main. These are @noirscope for an older Asian noir mystery project I was working on, @baldnewworld for Bald New World, and @dr2comic for the graphic novel I was working on artist James Chiang (there’s also a FB page for Dr 2 though we’ve entirely given up on that).

Thanks again for stopping by!