Kerotakis by Janice Lee is a chant, a singularity sucking on the neurons of your soul, a conversation between a futuristic cyborg, a scientist from the past, a real brain, a painter and author and a mother out of time, and you, the orbital collapse of a gravitational anomaly spurred by an inquisition of the metaphysics of time and literature. Kerotakis is physics, poetry, fiction, ontology, and metamorphosis hurled together into a hurricane of Lee’s prose.

“I’ve heard that dust is 70% human skin. Whose skin? Does that include my skin? Or is it all theirs?”

The chemical composition of sentences is part of the allure as she describes the reactions that constitute, “a metaphor for a metaphor.” Nothing less than time and existence is at stake, a Socratic methodology shattered by mechanical meanderings. Do mathematics have a monopoly on truth? Or can a dialogue, despite all its inherent limitations, splinter reality in ways formulas lack? Language can bias and restrict concepts due to linguistic and cultural barriers inherent in the syntax. Lee attempts to circumvent those limitations with multiple perspectives that attack the questions with both a sense of wonder and recontextualizing analysis. She is both skeptic and zealot, machine and human, mother and daughter, scientist and guinea pig:

“You can only perceive the time in which you exist. You may perceive the past in memory, or the future in imagination, but direct perception only exists in the present. You can perceive space at a distance, but time only when in proximity to it.”

I’ve read almost everything by Janice Lee (we’re also been collaborating on a project called Entropy), but reading Kerotakis was a revelation, especially through some of the most provocative prose-poetry I’ve ever read. “String theory suggests that the Big Bang was not the origin of the universe but simply the outcome of a preexisting state.” It amazes me to think this was her first book, her Big Bang of ideas. Watch as her universe unfolds in Daughter, Damnation, and other future books. 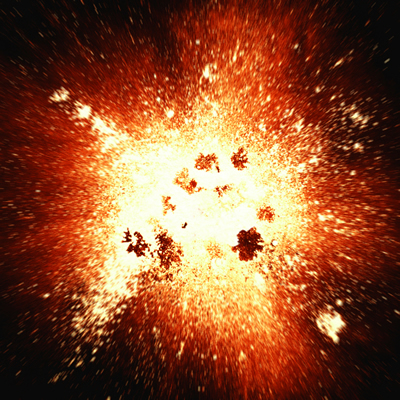