I’ve always been confused by wine. I know enough to differentiate between good quality and bad quality wines, and I can occasionally taste the individual flavors, but like Isabelle Conway describes in her initial experiences with wine in Charles Blackstone’s Vintage Attraction: “…It took me forever to figure out how the other servers were getting all these peaches and apples and blueberries they said they were tasting. I was thinking very literally and just didn’t understand it at all. I was like, ‘Do they put peaches and bananas and blueberries in the wine?’”

Wine, then, becomes a parable for love and the complexities that comprise both. “Wine’s not a big mystery. It’s a journey.” Peter Hapworth’s journey is a bildungsroman of celebrity love that upends the trope of the normal “writerly” novel with a quirky romance that never goes quite the way we expect. He meets the host of a popular TV show, Isabelle Conway (“Izzy”) by emailing her and suggesting himself as a guest in humorous fashion. Surprisingly, she accepts and their courting makes for an eclectic attraction that seems to fritter and compel and attract and then repel and fuse, a motley of contrasts melded together. Yes, kind of like wine. 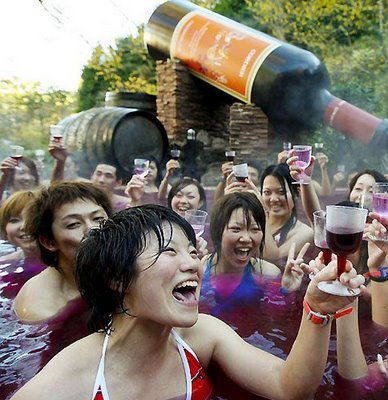 Hapworth is funny, a little bit neurotic, but a genial guy who finds himself on a whirlwind of a match. His appreciation of Woody Allen’s Manhattan and Hemingway’s Garden of Eden might tempt readers to see the influence of Isaac Davis on Peter Hapworth, but these are two very different stories and romances (though fans of Manhattan will find much to appreciate in Vintage Attraction). Blackstone deftly balances Hapworth’s insecurities to make for a relatable character who struggles to maintain his job as an adjunct lit professor while hoping for change, simultaneously intimidated and irresistibly attracted to Izzy. Blackstone’s prose has a candid charm to it and in the context of wine, reminds me of a sommelier’s approach to dating:

“First dates were strange enough. The goal always was to pretend like the sudden juxtaposition of two strangers was the most ordinary comfortable pairing in the world. But when your first date was with someone who was on television, and when there was another man at the table alongside you to oversee the proceedings and make sure you weren’t a psycho stalker, there was little mistaking the situation for an everyday occurrence (italics mine).”

Just as a sommelier specializes in wine and food pairings, the best writers specialize in story pairings, or in this case, romantic entanglements. Do Peter and Izzy make for a good pairing? All the subplots test and challenge that premise, whether the temptation of a wild fling with a past flame, Talia (the sweetness and acidity of the wine), or Izzy’s “sommelier protege and ex-boyfriend,” who pops up at the most inconvenient times and even texts continually on what was supposed to be a romantic getaway to Greece (to decant or to drink immediately). The continual stream of details makes the “tasting” unique as in the continual approach of strangers who are fans of Izzy, Peter finding his information updated on Wiki in ways he hadn’t expected, and the skepticism of friends when he updates his social media profiles. Izzy is a very interesting character, a tragic “kid from a tiny town tossed from foster home to foster home,” which she admits ,”isn’t what you’re big-city fans want to hear about at their window tables.” She’s a genius at what she does (as sommelier) but is humanized in her portrait. “Americans consumed over seven hundred million gallons of wine last year,” which is the equivalent of, “almost four billion bottles.” She continues her long description of wine with all sorts of interesting facts in a confident manner. At the end of her talk, she comes over to Hapworth, concerned, privately saying, “I hope that wasn’t too boring.” We get to see her vulnerabilities and in their frailties, both latch onto each other, not necessarily filling in voids, but coupling their taste buds wherever they can.

Blackstone reminds us wine is as fertile and volatile as romance, both requiring delicacy and a sensitivity to nuance (“Only three percent of the countless thousands of worldwide examinees ever became master sommeliers.”). His education in wine goes hand in hand with his growing marriage. Vintage wines are often saved for special occasions. In Vintage Attraction, Blackstone reminds us that wine isn’t a question to be solved, but a drink to savor, relish, and celebrate.